At Bishopston Court Care Home in Cork, Ireland, residents have been participating in a different type of yoga … laughter yoga. Now you’ll be relieved to hear this doesn’t include any difficult head-stands or downward facing dogs. In fact, this therapeutic session only includes laughter exercises and breathing techniques … all without telling a single joke! 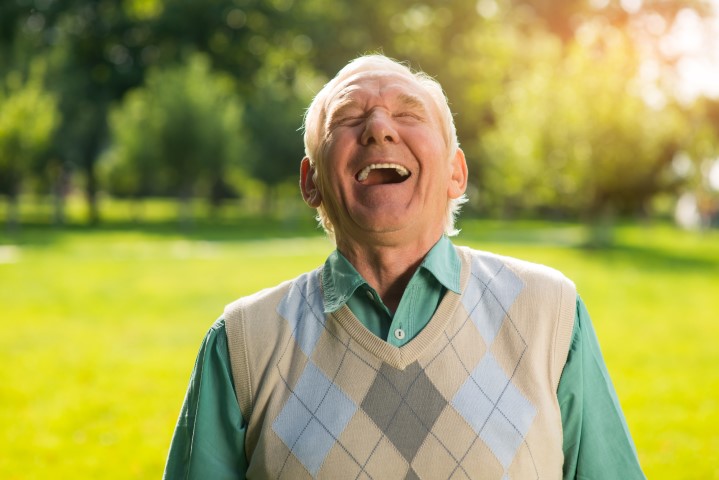 “Older people face isolation, loneliness and unfortunately don’t have as many reasons to feel good or laugh but laughter yoga brings a sparkle, a little joy and something different than the traditional entertainment like music, films or exercises.”

The philosophy of laughter yoga explains how it’s important to keep a sense of playfulness and openness when practicing this type of yoga.

Yoga laughter classes usually include a warm-up which involves light stretching, clapping and chanting. This is then followed by a series of laughter exercises with breathing techniques and finished with relaxing meditation.

Patjoe O’Leary, one of the participants at Bishopston Court Care Home explains; “The laughter is infectious as we all bounce off one another, and there is no need to worry about anyone watching you.”

Deborah McCann continued; “A smile goes a long way to establish a bond with older people who need care and empathy. It creates an ambience of belonging and generates the much-needed feeling of closeness and fraternity.”

Researchers at the University of Oxford found that a couple of hours of laughter helps to increase intellectual capacity and memory, it helps to relax muscles and therefore acts as a natural painkiller and strengthens the immune system.

Laughter yoga was invented by Dr Madan Kataria, “The Laughter Guru” in 1995, she believed that laughter has both physical and holistic benefits and doctors obviously agree, with laughter being prescribed to the masses because of its powerful stress-reducing effects.