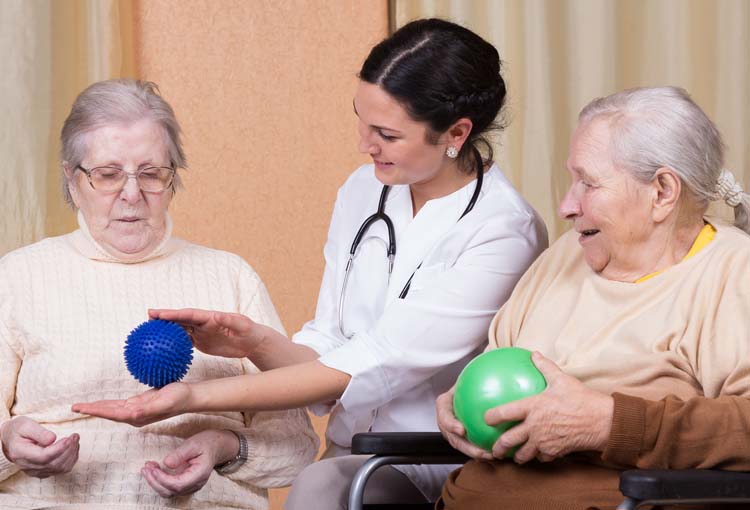 How do you Solve a Problem Like Occupational Therapy Recruitment?

Occupational therapy services in London are reaching crisis point as they struggle to fill vacancies and retain experienced staff. The first recruitment fair of its kind to attract occupational therapists (OTs) from Europe – specifically Holland, Malta and Ireland – to work in health and social care in the capital took place in late October. At the same time some local authorities are contracting out cases to private companies to help clear the backlog of non-urgent assessments.

Julia Skelton, director of professional operations at the College of Occupational Therapists (COT), admits: “It’s the first time we have ever had to do a jobs fair of any kind – we have never needed it before but it’s a response to help trusts and social care find OTs.”

The vacancy rate for OTs working in social care outside of London is about 8% and it is generally accepted that, nationally, most OTs will find a job within a year of graduating. But the picture is different in London because of the high cost of living and unaffordable housing.

‘Punching above their weight’: the impact of occupational therapists

Confidential research, due to be published in the new year, illustrates the scale of the challenge. The figures, which are still being finalised, show that London NHS trusts have a vacancy rate of 15.2% and in social care it rises to 17.5%. The highest number of unfilled NHS posts are in band six and in senior OT practitioner roles in social care where vacancies run at 18.2%.

These provisional statistics are backed up by latest NHS figures. There were 1,016 advertisements for OT jobs in England between March 2014 and the end of February this year – of which 273 were for London alone.

The Health and Social Care Information Centre, which collated the stats, says they should be treated with caution as they are “experimental” and one ad may be recruiting for more than one post. But Skelton says the numbers are significant: “The situation is critical.”

It is a view shared by Rob Gray from the London managers’ OT group, which draws from both health and social services. Lack of NHS OTs means patients – particularly those attending A&E, general medicine and care of older people – are not getting the rehabilitation they need to return home and live independently. “What is happening is that we are pushing people through hospital and discharging them very quickly with lots of equipment which is disabling for the patient,” Gray says.

Traditionally social care OTs work in small teams – usually about 10 staff – so vacancy statistics can sometimes appear alarming. Cathy Kerr, chair of the London branch of the Association of Directors of Adult Social Services, says: “A 20% vacancy rate would account for just two posts in a small team.” But the impact of losing those two posts is significant: “The priority cases will be seen but the less urgent – for example, an older person who needs a level-access shower – will slip down the list.” Kerr is also director of adult and community services at Richmond upon Thames, which like other boroughs is turning to private companies to take a batch of assessments and “blitz the waiting list”, she reveals. “It’s not an ideal solution but it can be quicker than bringing in a locum.”

The recruitment crisis is made worse because in the past trusts and social services have traditionally recruited from Australia, South Africa and the US to fill vacancies. But that route was closed when OTs were taken off the official professional shortages list. An attempt by the COT, supported by the British Medical Association, to get OTs back on to the list in February failed after theMigration Advisory Committee concluded that the recruitment problem was a regional, not a national, one.

How to become an occupational therapist

For Matt Bourne, deputy head of OT at King’s College hospital NHS foundation trust, the solution is to go to India: “I am currently preparing a business case to recruit OTs from there. The amount we would pay for every relocated OT would be recovered within six weeks because we would not have to pay a locum.”

Stephanie Saenger is a Dutch OT and president of the Council of Occupational Therapists for European Countries. OT vacancies across the Netherlands varies but she believes some, especially young OTs, would be attracted to work in London: “The romance of London will appeal and the language will not be such a barrier. I also think that the Dutch OTs will be able to adapt to UK practice which is very community-based. But where they may find a problem is with the system of an OT hierarchy, which doesn’t exist in the Netherlands.”

Another issue may be the anticipated £400 each will have to pay to become registered to practise in the UK. “In the Netherlands OTs can practise once they are graduated,” she says. “They are not used to having to pay that sort of money to register to practise and it would help if they didn’t have to pay those costs themselves.”