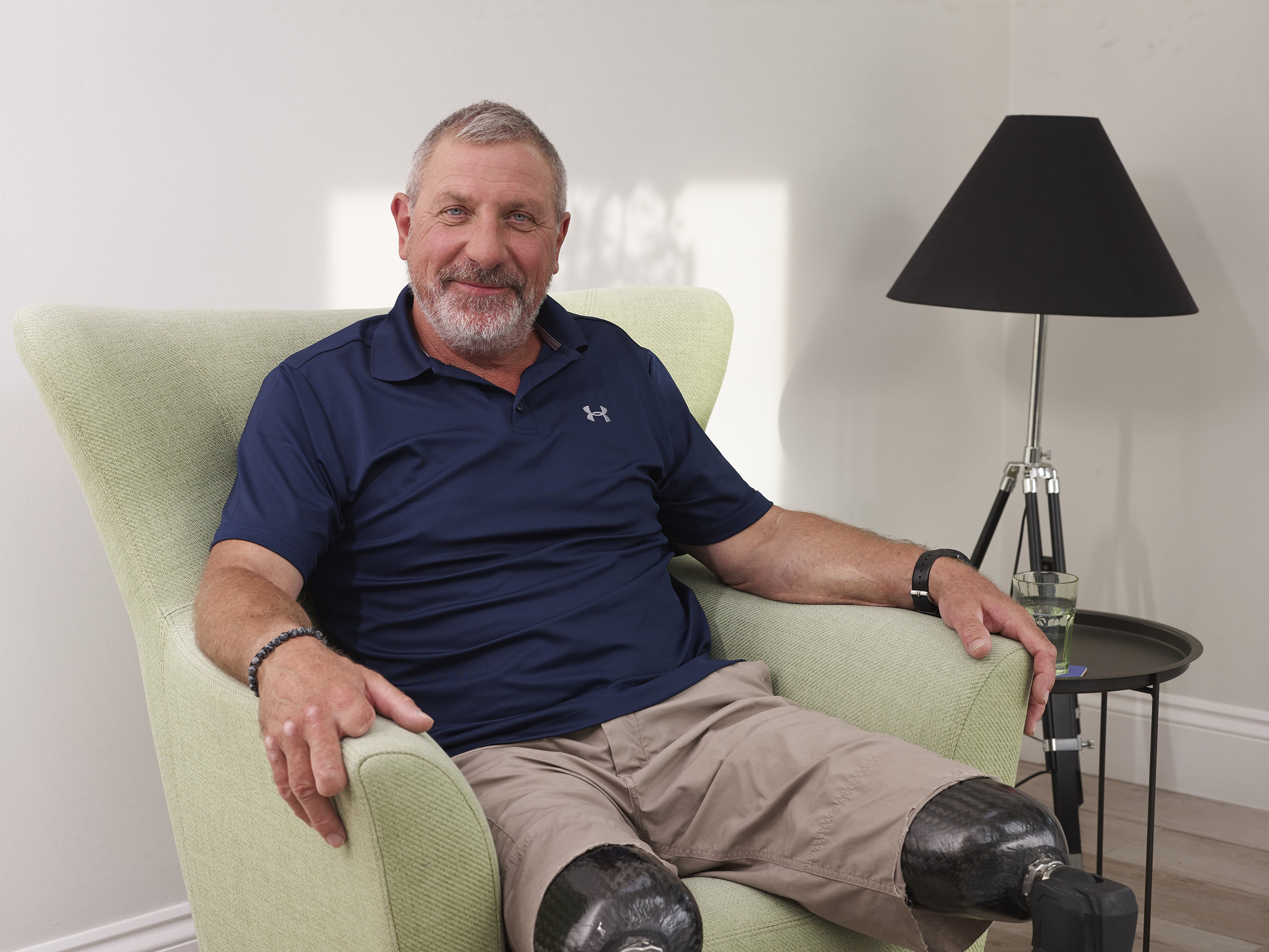 Darren Swift lost both his legs and sustained other injuries when he was blown up by a homemade grenade, consisting of a coffee jar, Semtex and shipyard confetti (nuts, bolts, screws).

Darren, also known as Swifty to his friends, spent the next 18 months going through rehabilitation trying to come to terms with his new way of life; the life he had nearly lost. 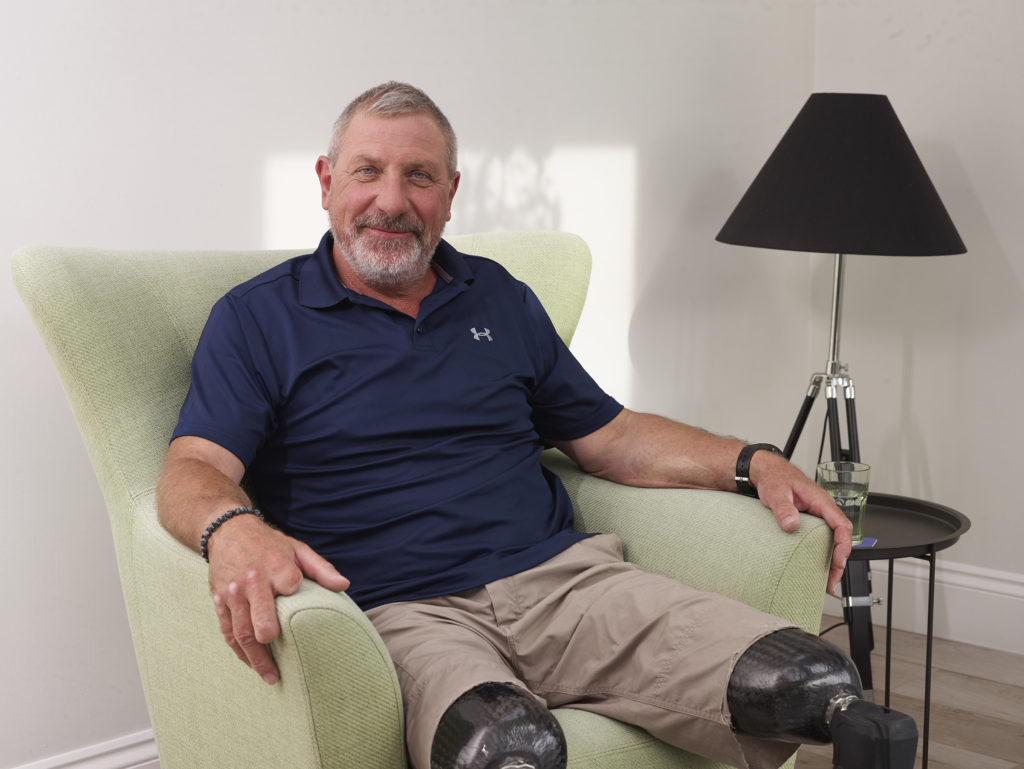 Darren explains; “When I was in hospital and all bandaged up, I was assigned a PTs, Alison. She was my PT and sort of stuck to me like glue, really.”

“Every morning I was in the gym or the hydro pool doing some sort of exercise with her. It was good because it was that which kept me moving, both physically and mentally. It’s good to have a focus and keep your brain occupied when you’re trying to cope and come to terms with what has happened.”

Darren continues, “Alison’s work method was patient-led. She’d explain to me what activities and exercises we should be doing at the point in the rehabilitation, followed by the question of how much of it I’d thought I could do and then we’d have a go at it.

For example, I remember I couldn’t swim, it really messed with my head especially as I was a good swimmer when I was able-bodied.

I remember when I first jumped in the pool to do some exercises with Alison, I sank to the bottom and I just about made it to the side.

I was beside myself. I couldn’t believe I’d lost my ability to swim. I mean, I really couldn’t swim.

There was nothing I could do to make myself stay on the surface and no matter how much I waved my arms around I could not swim. This lasted for around four months.

Darren’s sense of humour comes across when he talks about; “I would call myself the Michelin man because before I got in the pool, I’d have rubber rings and buoyancy aids strapped to every part of my body and I basically just bobbed about in the pool.”

I looked ridiculous I really did, it looked very comical I wished we had taken a couple of photos back then, but this was before the days of cell phones.”

Darren’s determination and resilience pushed him to continue to try and learn to swim again.

“Anyway, we persevered, or she persevered with me. I was getting more and more frustrated because I knew I could swim but I’d just forgotten how, and I couldn’t do it.

One day I’d had a bad night’s sleep and I wasn’t feeling brilliant. As I got to the pool Alison said ‘Come on lets get all these rubber rings on you’ and I said no not today.”

Darren went through rehabilitation for 18 months in which he had encounters with PTs and Occupational Therapists and has many more positive stories regarding his experiences with them.

“OTs helped me learn how to be independent again. I’d have cooking lessons and be taught how to use computers and see how well the dexterity was in my hands, after losing some of my fingers.”

Darren continues to be independent to this day and travels around the world snowboarding, parachuting and giving back to the community that had helped him through charity work; something which he is very passionate about.