Empowering care homes with the right guidance and equipment to lift fallen residents safely will safeguard lives and save the NHS more than £50 million annually.

As the UK population continues to age, falls will remain an everyday challenge for healthcare professionals. People living with conditions such as dementia, MS, Parkinson’s and arthritis have a high propensity to fall, and it is estimated that more than 1,000 people a day living in a care home or assisted-living facility will fall.

This is why inflatable moving and handling and bathing equipment are necessary – products which Mangar Health provides, and which its CEO, Simon Claridge, discusses further in the following piece.

The nature and extent of the problem

CQC guidelines currently include comprehensive information regarding falls prevention. However, falls still happen, and reacting to them once they have occurred is the crucial stage, hence the importance of post falls management. Care homes regularly call on the ambulance service to lift their fallen residents, even though more than 45 per cent are uninjured and do not require transportation to hospital.

Pressurised ambulance trusts, charged with reaching high priority calls within eight minutes, are routinely put in the position of needing to classify uninjured fallen residents in care homes as low priority. This means residents are frequently on the floor for up to four hours or more while waiting for an ambulance to attend. Concern has been growing across ambulance services, CCGs, health boards and care homes, as leaving someone on
the floor for more than an hour is associated with complications such as hypothermia, pressure ulcers and
kidney failure.

Ultimately, remaining on the floor for more than an hour after a fall is associated with high mortality
rates among people aged over 65. Twenty per cent of patients admitted to hospital as a result of a fall have
been on the ground for an hour or more, and 50 per cent of these will die within six months.

In addition, the financial impact of calling an ambulance to uninjured fallen residents is felt in the ambulance service and A & E departments. It is estimated that inappropriate ambulance call-outs to long-term care facilities are currently costing the NHS more than £50 million annually.

Our role in resolving the issue

The Mangar ELK and Mangar Camel are currently used by every ambulance trust in the UK and are designed to gently lift a person from the floor, while reducing the risk of injury to both the carer and the resident
who has fallen. Using the appropriate lifting equipment, in conjunction with following advice issued by the
ambulance service on when to lift a fallen resident, empowers care homes to lift their fallen residents and improve
falls care.

West Midlands Ambulance Service created an algorithm called ISTUMBLE, which gives care staff clear instructions
on what to do before lifting a fallen resident. It provides carers with the confidence to make good decisions
around lifting. Dr Sue West-Jones, a consultant in emergency medicine, fully endorses ISTUMBLE, saying:

At Mangar Health we have partnered with CCGs, ambulance services and care homes on a pilot project
to safeguard fallen residents, while reducing the cost of falls to the NHS. Pilot projects work with care homes
to combine ISTUMBLE training with the use of lifting equipment, with the objective of improving resident care,
at the same time reducing ambulance and A & E admission costs. So far, pilot projects in Manchester and south
Wales have already proven to be incredibly successful.

Sophie Wallington, representing North Manchester CCG at the Pennine Acute Hospitals Trust, was one of the first to trial the Camel lifting cushion in care homes in the region. 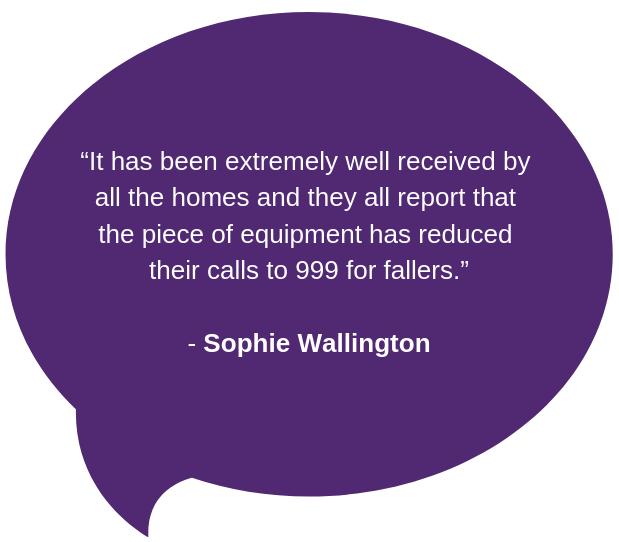 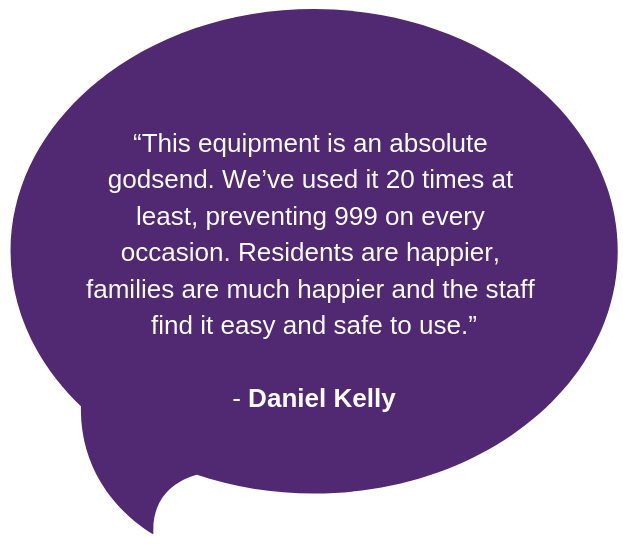 Another trial in south Wales has seen ambulance call-outs to a Bridgend care home reduce by 55 per cent in just two months. By working in partnership with CCGs, ambulance trusts and care homes, we can deliver a safer and more dignified standard of care for residents living in care homes. Of the over seven million ambulance call-outs across the UK every year, 10 per cent are to fallen people, and around 150,000 of these are to care home residents. Residents are generally reluctant to be admitted to hospital, as admission often results in distress, confusion and anxiety, particularly for anyone living with dementia.

It is now vital that CQC guidelines are updated to stress how important it is for care homes to use appropriate falls
policies. Supported by our trade body, the BHTA (British Healthcare Trades Association), we are calling on the CQC
to include clear direction on a falls policy that safeguards residents and reduces the impact on and cost to NHS services.